What are audio unit plug in effects (AUv3) and how do I use them?

What is an AUv3?
Third Party Audio Unit (AUv3) plugins are audio effects and processing tools created by other developers that can be “plugged in” to compatible apps. LumaFusion now supports AUv3 effects. Once they are installed and opened (to register them to LumaFusion) you will have access to each audio unit’s graphical UI to control the effect. Here is a screen grab of the ‘Tape Cassette 2’ audio unit showing its graphical UI inside LumaFusion: 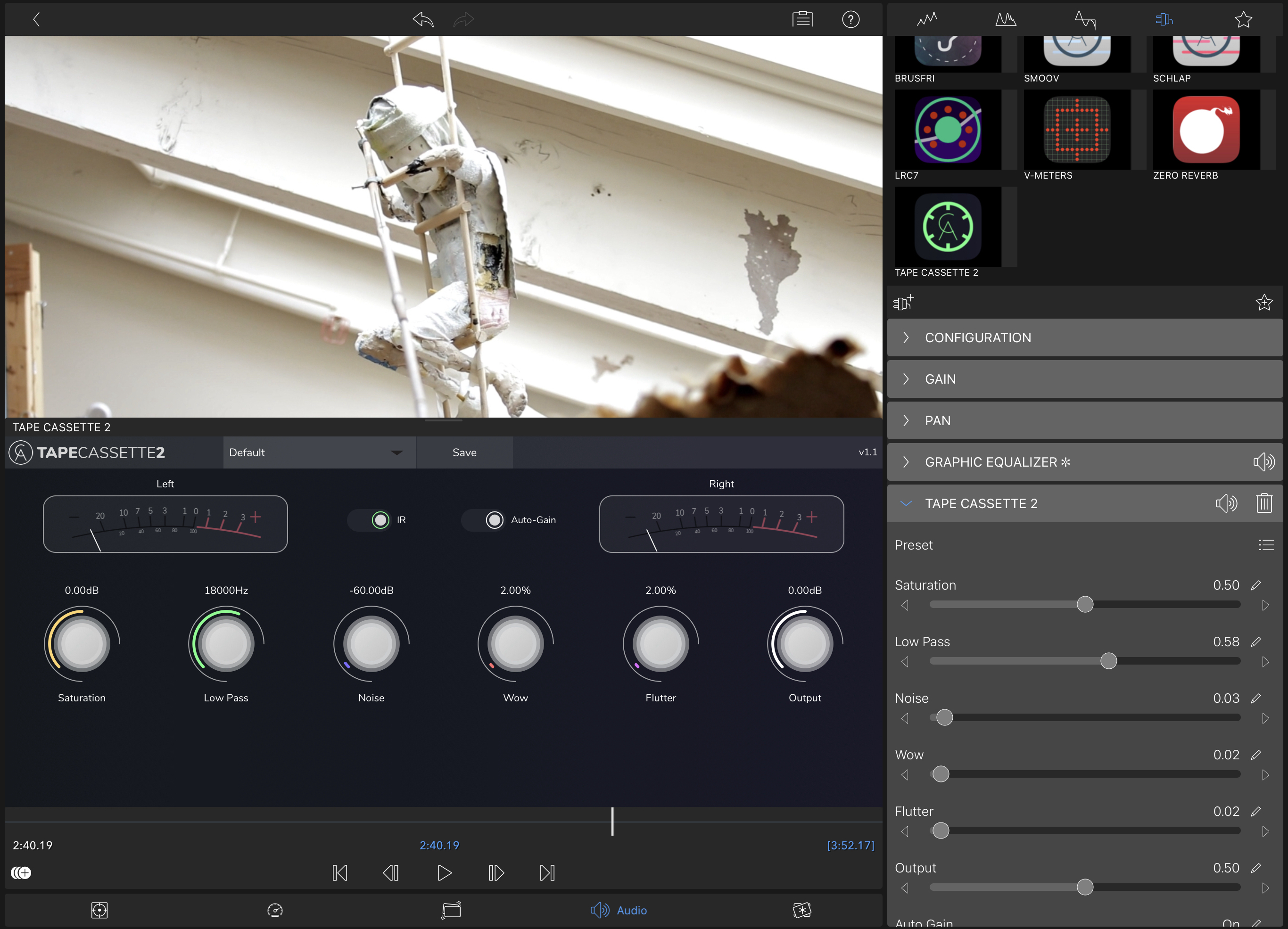 Since audio units are made by other developers, we have very limited control over how they behave inside LumaFusion. We have, however, tested many different audio units and most of them behave very well. Issues that we have encountered include:

Changing the preset while in play, either using the graphic UI or the Control Stack, can lead to similar issues as described above. To fix it, you will have to tap Stop, then change the preset in the control stack to something else, then change it back to the one you want. This will refresh the audio unit so it works correctly.

Some Issues with MONO Audio
Some audio units we tested failed to function correctly when using mono audio clips, either the graphical UI disappeared or LumaFusion crashed. Please avoid using Audio Units with mono audio. If you are unsure that you are working with mono audio, select the clip on the Timeline and tap the Info button (i) at bottom-left in the Preview to reveal the Clip Info panel. Or else open your clip into the audio editor and tap on the Configuration Control Group, which will state if it is Stereo or Mono.

Misc.
Not all audio units will scale correctly inside our app; this might be more noticeable on iPhones.

We have opted-in to allow LumaFusion to run on any M1-based Mac, but it runs as an iPad app in the macOS environment, and some features may not be working completely including 3rd party Audio Plugins. We will work on improving the functionality of LumaFusion on M1 Macs in future updates. Note though that LumaFusion is designed for, and best experienced on the touch-based iOS devices.